The Jupiter Inlet Lighthouse is located in Jupiter, Fl on the north side of the Loxahatchee River / Jupiter Inlet. The site for the lighthouse was chosen in 1853 and is located between the Hillsboro Inlet Lighthouse and the Cape Canaveral Lighthouse and the lighthouse was designed by Lieutenant George G. Meade of the Bureau of Topographical Engineers and the design was was modified by Lieutenant William Reynolds.  The Jupiter Inlet was silted shut in 1854 and forced all building supplies to be shipped by small boats through the Indian River, work was interrupted during the Third Seminole War between 1856-1858.  Under the supervision of Captain Edward A. Yorke the lighthouse was finally completed in 1860 at a cost of more than $60,000.00.

The lighthouse was built on top of a hill once thought to be a Indian shell mound or midden and often rumored to be a Indian burial mound, but was finally determined to be a natural sand dune.  The total height of lighthouse measures 105 foot or 32 meters and and once up top it is 153 feet from ground level but is 47 meters above sea level. You can see the light from 24 nautical miles at sea on a clear day. The structure of the lighthouse was made with brick and with double masonry walls while the outer wall is conical and tapers from 31.5 inches at ground level to a measurement of only 18 inches and the base of the lantern. In 1910 the lighthouse was repainted in red to cover discoloration originally caused by the humidity. 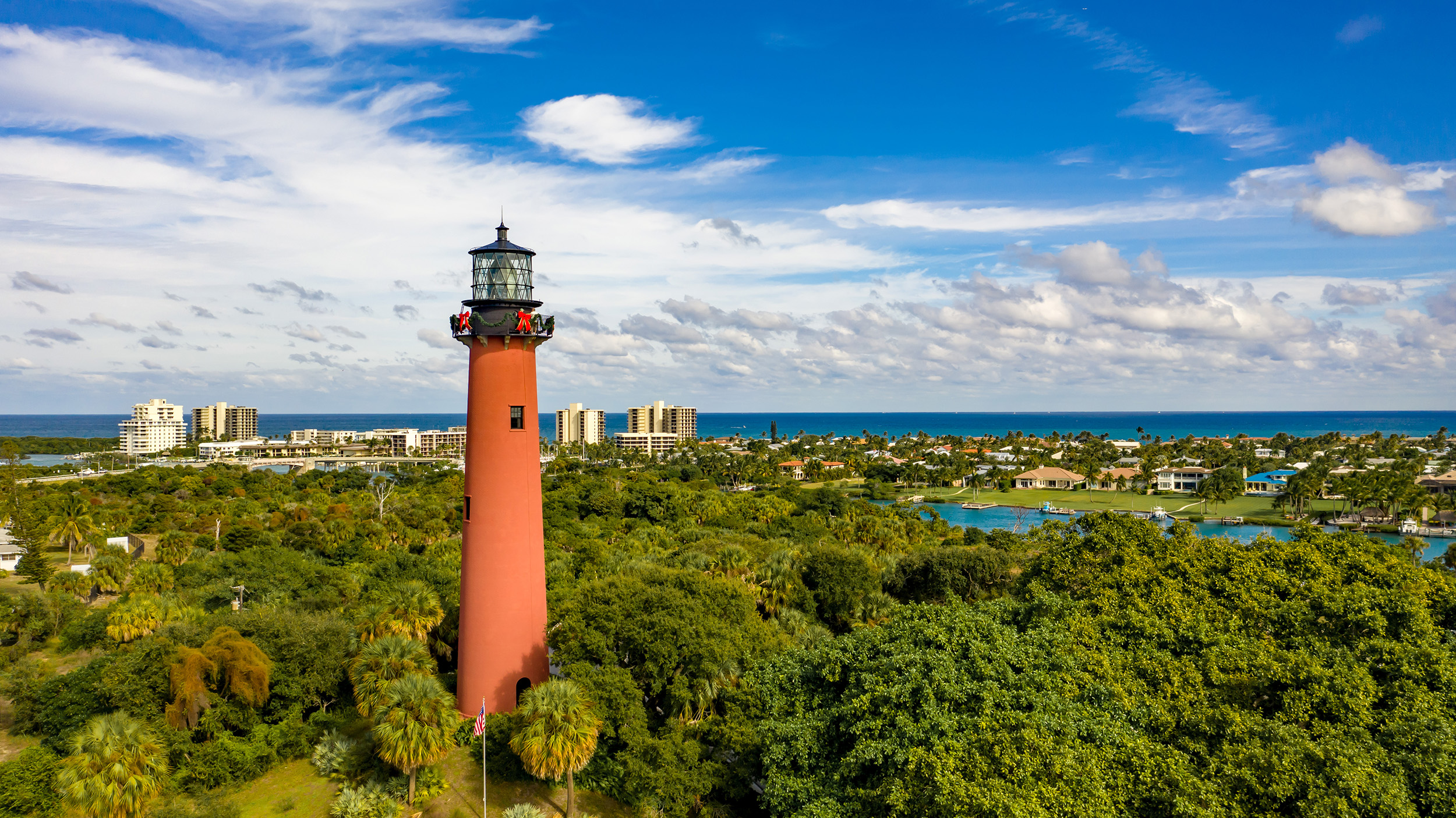 History Of The Lighthouse

Where the lighthouse sits on what was once the meeting place on the Indian River and Jupiter Inlet by ancient Indian tribes for thousands of years. In 1849 the U.S. Army surveyors recommended the Jupiter Inlet could be a suitable place for military defenses and in 1854 President Franklin Pierce signed the order to set aside the 61+ acre site on the Fort Jupiter Reservation to become what is now called The Jupiter Inlet Lighthouse.